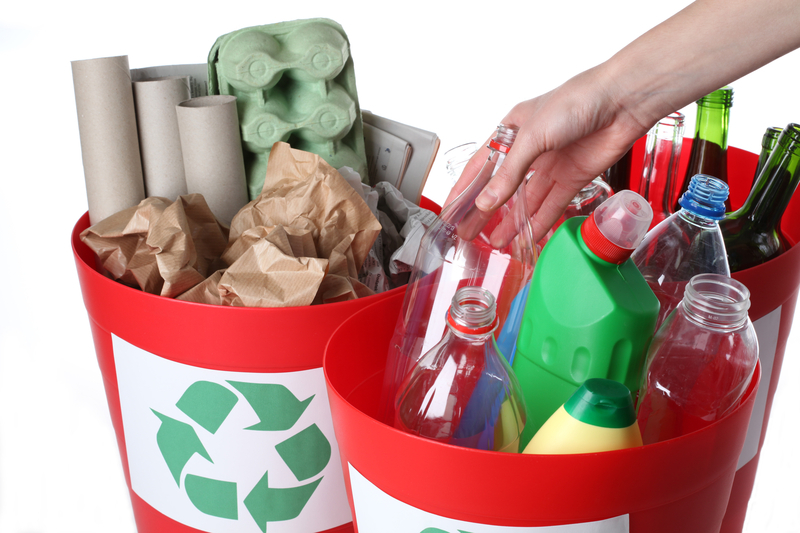 Recycling is one of the most important tools for reducing the waste footprint of our communities. It’s heartening to think about how, over the course of the 20th century, curbside recycling bins became nearly as commonplace as curbside bins for trash bags in many U.S. towns and cities.

However, 20-plus years into the new millennium, many environmental experts say that municipal recycling infrastructure needs an update. How can recycling in America’s cities and towns change to reflect the world we live in today?

Four Major Challenges to Municipal Recycling in the U.S.

While almost every town and city offers recycling pickup, studies show that only about 32 percent of America’s waste gets recycled. Why is it that many communities are still struggling to improve their results when it comes to recycling? Here are four major issues:

How can we build on what we have and make municipal recycling stronger in cities across the U.S.? There’s no uniform solution, but these are some of the core ideas that a successful 21st century recycling program will need to incorporate.

1. Educate residents about how to recycle correctly.

Most Americans support recycling and want to recycle correctly, but simple acts of carelessness and lack of knowledge still often lead to unusable batches of recyclables. Local governments can help overcome this by implementing recycling education programs that help people understand the right way to separate recyclable waste.

The most effective recycling education strategy is to start early. That’s why many elementary schools now include basic recycling knowledge as part of their curricula. Meanwhile, to reach people of all ages, cities like Chicago work with recycling advocacy groups to offer easy-to-use recycling guides. These guides are designed to answer common questions like “Can you recycle trash bags?” and “What kinds of plastics are recyclable?”

E-waste, which includes items such as computers, TVs and cell phones, is a growing concern for community waste disposal systems. These items often contain toxic components like heavy metals, and special disposal techniques are required to dispose of them safely.

To combat e-waste in municipal waste streams, it’s crucial to have designated e-waste drop-off points in a place where residents can access them. Many communities work with businesses such as electronics stores to create options for residents to dispose of their e-waste safely. In addition, the EPA offers planning tools to assist communities in developing e-waste recycling infrastructure.

The state of California is leading the charge with a major composting initiative beginning in January 2022. Residents of the Golden State are now required to dispose of food scraps in municipal composting bins. If the program is successful, other state and city governments might follow in their (carbon) footprints.

Another important way to remove strain from our recycling infrastructure is to reduce the amount of materials that need recycling. Many places now encourage their residents to buy products with less packaging and ask businesses to provide reusable packaging options for their goods wherever possible.

For example, rather than single use paper or plastic grocery bags, many stores now offer shoppers reusable bags. On the consumer level, this can look like switching to reusable containers instead of plastic baggies for food storage, or buying fewer single-use water bottles and drinking from a refillable bottle instead.

5. Re-evaluate and strengthen recycling infrastructure in U.S. cities that have stopped recycling.

The new federal recycling guidelines could play an important role in rebuilding municipal recycling. These guidelines include strategies for improving materials management, as well as improving many other aspects of how we recycle. Communities of any size will want to review these strategies as they consider how to tackle recycling in the 21st century.

Community recycling systems will continue to play a key role on the path to sustainable residential and commercial development. It all starts with investment in local and state recycling infrastructure that’s forward-looking and easy for the average person to use.

Some Types of Green Ornamental Plants that Refresh the Eyes That...

Some Aesthetic and Charming Vintage Design Appearance For Your Home