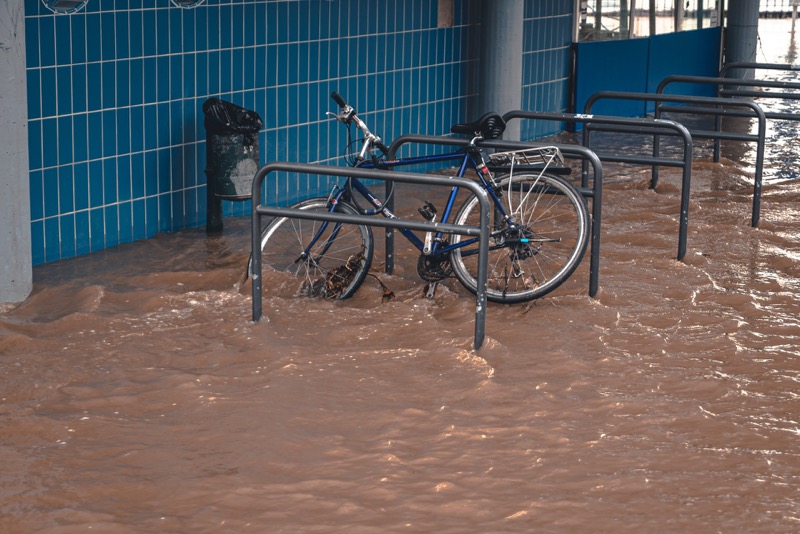 1. 90% of the Natural Disasters in the United States Include Flooding

A whopping 90% of natural disasters in the United States have flooding as some part of the disaster. Hurricanes, monsoons, tornadoes, and earthquakes can all cause flooding in one way or another. That means if a natural disaster impacts your area, you have about a 90% chance that you’re going to deal with some amount of flooding.

2. 20% of Insurance Claims Come From Homeowners in Low to Moderate Risk Areas

You may think that just because you live in a low or moderate-risk area for flooding, that indicates you don’t really need flooding insurance. As a matter of fact, a full one in five flooding insurance claims come from these areas. “Low risk” doesn’t mean “no risk,” and even if your home is at a low risk of flooding, you can still experience a flood.

Another potential argument for not getting flooding insurance is that it’s “not worth it.” In 2018, however, the average flood claim was $42,580, which is a lot of money to pay out of pocket if you end up having to pay it yourself. Plus, flood damage can quickly become even more expensive than that. Don’t make the mistake; protect yourself from flood problems with flood insurance.

4. Flood Insurance Is Not Part of Typical Home Insurance Coverage

This problem typically arises from a misunderstanding of how typical home insurance works. You may see some wording referring to “interior flooding” in your home insurance policy, which might lead you to think it covers flooding problems that impact the inside of your home. In fact, it only refers to problems that start inside your home, like overflowing bathtubs and broken pipes. If you want to protect from floods, you need extra flood insurance.

5. Homes in Every State May Be at Risk of Flooding